The big day, because Lucy moves in with us. In the early morning we picked her up in Neustadt. On the way to Lüneburg she cried a lot at the beginning, but then became calmer during the trip and finally fell asleep.

The first day, far away from the dog mom, the other siblings and the dear breeders who accompanied them for the first eight weeks of their lives, must be terrible for such a little worm. They can also cry if they want. And then also so stupid photo dates.

The first night went quietly. Only now and then she was cry a little.

In the meantime, she is busy exploring the new home: many new impressions have to be collected, processed and evaluated first. "The basket is not bad: Beautifully large and very cozy." And there is even a small flock of sheep: First and foremost 'Shaun' the sheep, and his friends, like little 'Timmy' and the severely overweight 'Shirley'.

In the house little Lucy moves quite confidently; only outside in the garden the strange smells and sounds make her something to create. But 'Pippi' always does it in the same place of the lawn, when we go out with her - we consider this to be a small educational success!

Towards the evening she wanted to start jumping up the sofa - but still doesn't work. Well, that won't last long.

The third day in Lucy's new home began calmly and relaxed and ended in chaos and madness: In the evening she started to freak out, nothing and no one was safe from her anymore, no curtain, no sock, no hand. Everything was pulled. Even the Christmas tree suddenly became the focus of her interest, and we feared that she would outline it. "Was any stimulant in the feed?" It took 2 1/2 hours to finally calm her down and she fall asleep exhausted. At night she showed herself again at her best and went into her box. 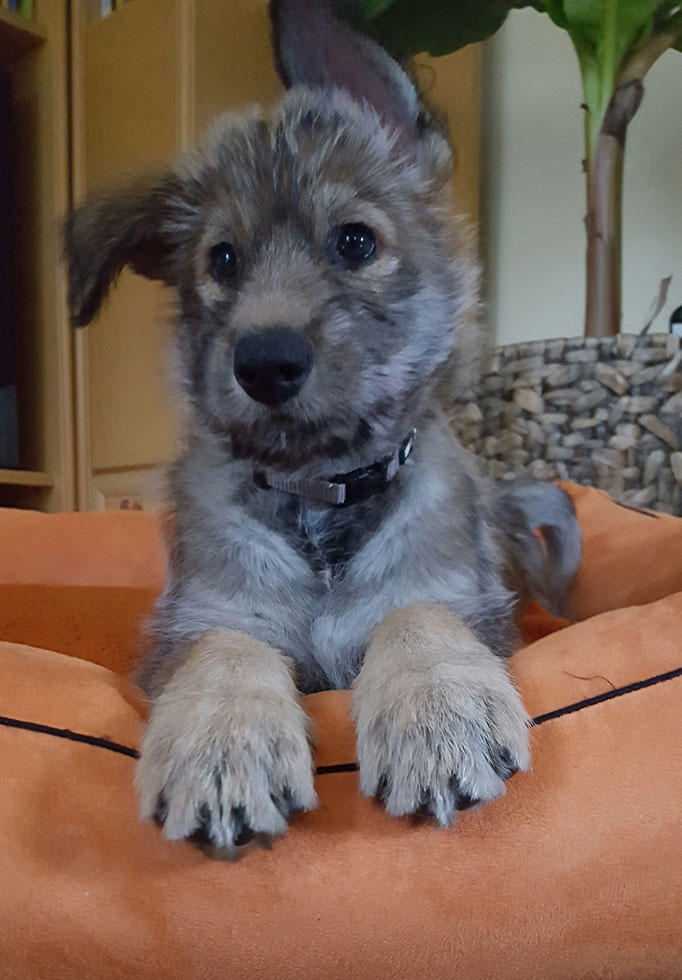 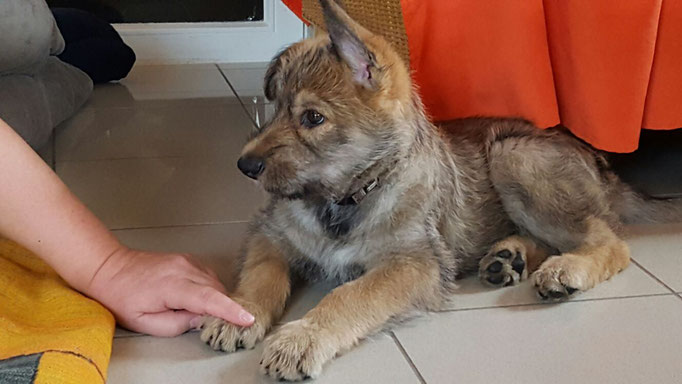 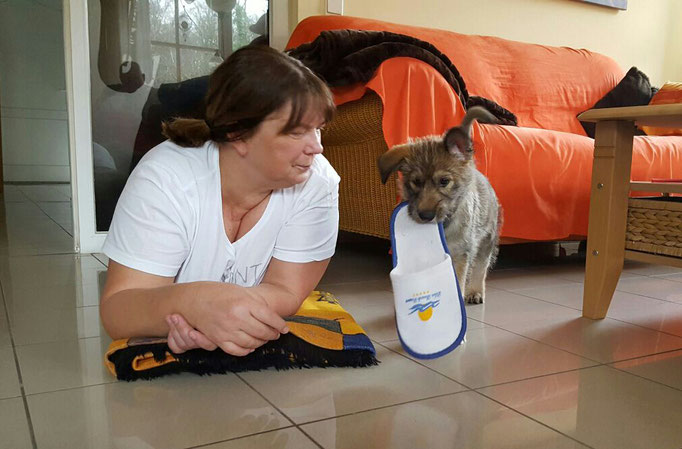 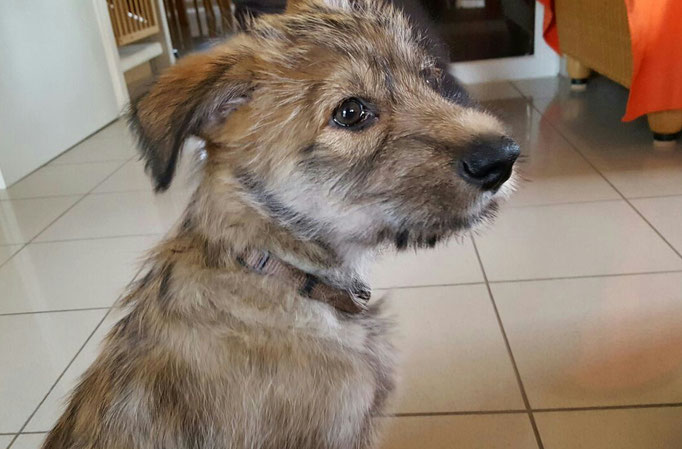 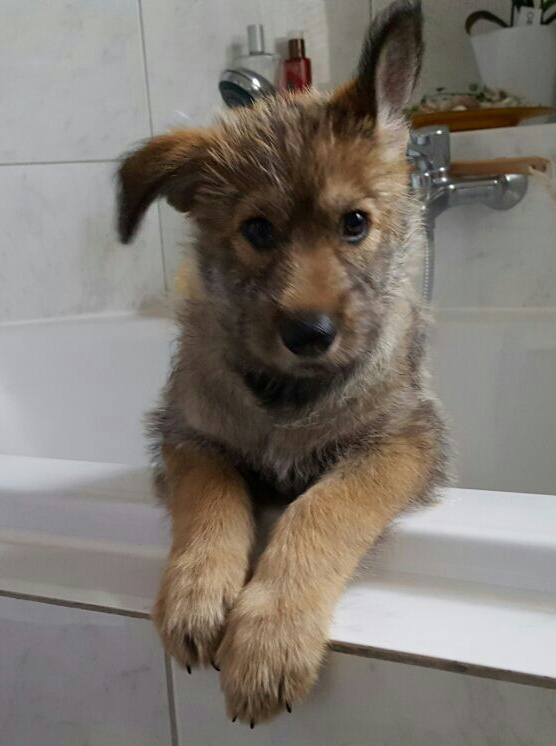